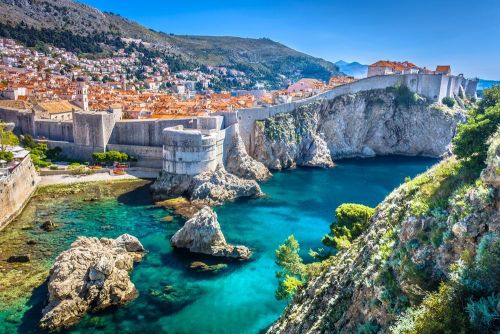 Dubrovnik
The pearl of the Adriatic, Dubrovnik dazzles with its heart-stopping beauty. Dubrovnik's Old town which became a UNESCO World Heritage site in 1979.

Adriatic Sea
The Adriatic Sea is where Roman, Byzantine, and Venetian sailors as well as today's sea-lovers have all appreciated its turquoise waters and stunning beaches.

Hvar
An ancient city with a rich history. With its architecture, beautiful nature and mild climate many would describe it as a true fairy-tale city.When we add to the natural beauties, a high quality accommodation and Mediterranean cordiality and courtesy city of Hvar becomes an ideal destination.

Rovinj
Rovinj is one of the most picturesque towns in the Mediterranean. Pastel-colored houses are clustered together on steep winding streets and it is a great place to wonder around. Rovinj is still an active fishing port and visitors can take a boat to the lovely offshore islands. The area around Rovinj has been described as an "outstanding scenic wonder" because of the pristine beauty of the indented coastline and its forests.

Dalmatian coast
The Dalmatian coast could be the next Riviera. Dubrovnik and the islands off Southern Croatia are tempting travelers with natural beauty and a glamorous nightlife.

Zagreb
Zagreb offers its visitors the Baroque atmosphere of the Upper Town, picturesque open-air markets, diverse shopping facilities, an abundant selection of crafts and a choice of traditional cuisine. Zagreb is a city of green parks and walks, with many places to visit in the beautiful surroundings.

Mljet
The island of Mljet is one of the larger islands off the coast of Southern Croatia. Covered by forests and fields, vineyards and small villages, Mljet is a perfect place to relax. The island contains two salt lakes, Veliko and Malo Jezero. In the middle of Veliko Jezero, there is a small island with an old Benedictine monastery.

Plitvice
The Plitvice Lakes National Park was granted UNESCO World Heritage status in 1979.The beauty of the National Park lies in its sixteen lakes, inter-connected by a series of waterfalls, and set in deep woodland populated by deer, bears, wolves, boars and rare bird species. The National Park covers a total area of 300 square kilometres, whilst the lakes join together over a distance of eight kilometres.

Diocletian's Palace
Diocletian's Palace in Split was built by the Roman emperor Diocletian in preparation for his retirement. After the Romans abandoned the site, the Palace remained empty for several centuries. In the 7th century nearby residents fled to the walled palace to escape invading barbarians. Since then the palace has been occupied, with residents making their homes and businesses within the palace basement and directly in its walls. Today many restaurants and shops, and some homes, can still be found within the walls.